But won’t someone STEAL my tiny house on wheels?

But won’t someone STEAL my tiny house on wheels? 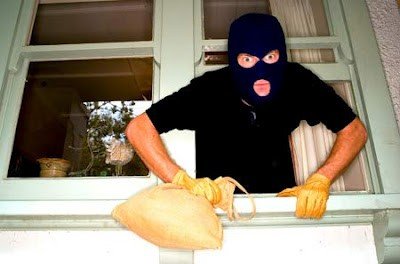 THE THREE QUESTIONS I MOST OFTEN GET WHILE HOSTING TINY HOUSE-BUILDING WORKSHOPS….
-But where are tiny houses allowed?
-Where do you go to the bathroom? (toilet/facility set-ups)
-Won’t someone steal your tiny house on wheels?

The first two have been covered many times over on several blogs, ranging from tinyhouseblog.com to tinyhousetalk.com, tinyhousedesign.com and  thetinylife.com, but I rarely see any attention given to the theft question.

Below is part of a response comment I left on Kent Griswold’s blog, with much other info I have now added….

A lot of people always bring up the “won’t people steal it” question, but its not as likely to happen as people might think, in fact, I’ve personally not heard of a case yet.
Hopefully this will give some a bit of comfort…as we’ve talked a bit about it at each of the Tumbleweed Workshops I’ve hosted, and my own workshops….(again, there’s one coming up Nov 2-4 in Boston, where we’ll all build a tiny dwelling together). kidcedar at gmail dot com for info.

PREVENTATIVE MEASURES, and the “WHY NOT”….

–First, with a heavy duty chain you can simply lock it (your tiny house) down to a tree or two, making it very time consuming and difficult to steal. One could also self-boot it (perhaps even remove the tire(s) from one side (simple to do) so that it can’t be easily transported). Most thieves want the quick steal, and not something that requires an hour or so of tree felling, and multiple people, to acquire.

–Secondly, a thief, unless he/she had ample time to hide something so enormous and strip it, would be driving around sticking out like a sore thumb with any form of tiny house- structures which are still very much so huge novelties in the general scheme of things to those not familiar with the scene. I know of many people who have never even heard of the concept, never mind seen a tiny house on wheels. Anyway, if you stole a tiny house, where are you going to hawk it without being noticed, and remembered, by every person you pass? It’d be like stealing a ferris wheel- the down-low factor is terrible, making it almost impossible to resell.

–Third Tactic….if you plan on leaving it permanently at a site (or for a prolonged period), and have the means, why not just shove a few large boulders in front of, or around it, with a bulldozer? Any tiny-house burglar would now have to have access and the foresight to bring a bulldozer to the scene of the crime, to remove those rocks so as to give the tiny house a free passageway. Thats A LOT of work, and noisy work, to steal ANYTHING. Yeah, a tiny house is very valuable, but this ain’t “The Thomas Crown Affair”.

–Number Four– When I was in my teens I toured with a pop-punk/rock band by the name of “Rail” from Rochester, NY (Ringing Ear Records). When staying at a motel, especially in a shady area, we’d back the loading doors of a van or U-haul against a wall. Why? The theory is, if they don’t have enough room to swing open the doors to steal all the larger gear that can only be unloaded through those very doors, then the gear just can’t be removed. Now apply that to a tiny house, but in a slightly different way: If you can’t hitch up a tiny house, you can’t tow if off the scene. To employ this method, you’d have to unhitch the tiny house, then winch it, tongue-first, into a tight spot (the trailer neck/hitch end). Now, ultimately, its going to take some hard “unwinching” work to get the house into a free and clear spot, where it could then be hitched up tp a vehicle and stolen. Most thieves just aren’t going to bother.

Five– Fake cameras- I talk about this in my tiny house design/concept book “Humble Homes, Simple Shacks”. Basically, hang a fake camera somewhat near the tiny house, high up on a pole or tree for instance, but somewhere in clear view. This sounds goofy, but beneath it, tack a small, official looking sign that simply reads “#5”. In reality you only have one camera hung, and its a cheap fake one (they sell kits- see below), but by having it numbered “#5”, any prospective “hooligan” is going to think twice before doing anything stupid or illegal near your site. He or she will be thinking, “If this is camera #5, then there must be at least four others, and how many of these have I been captured on already!?”. Again, its simple and goofy, but its not going to hurt. A sign on the door of your cabin reading, “I hope you smiled for our seven cameras” might work too.

And there are a few sample ideas, and some reasoning as to why its just less likely that someone is going to steal your tiny house anyway.

Vandalism is a whole other beast, but any homeowner, or seasonable cabin dweller, has to face this same problem.

About the Author: Derek "Deek" Diedrickson

Derek "Deek" Diedricksen is the mastermind behind Relaxshacks.com and is the author of 'Humble Homes, Simple Shacks'. Deek previously hosted Tumbleweed Tiny House Workshops around the country. 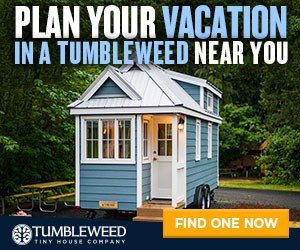