It was December 21, 2012. The world, or just the Mayan Calendar, was supposed to end. Ironically as skiers, our world was about to begin.

It was early winter and there was 10 feet of snow on the way. But it wasn’t just that winter had arrived. The elevation of our experience was reaching Everest proportions because of our little winter cabin on wheels. Our tiny house was going to get us stranded in the storm, with no other skiers allowed into our powder land. 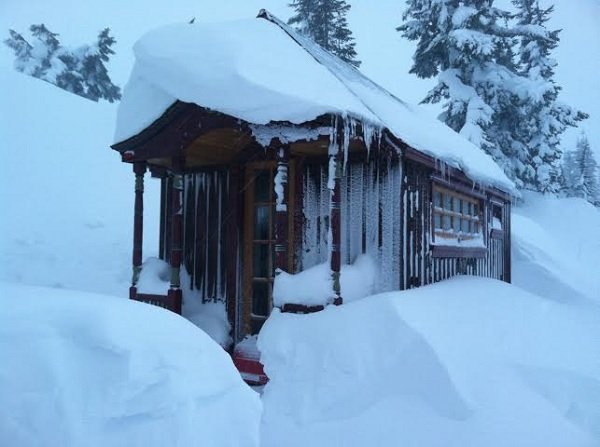 A Mt. Baker snowstorm immobilizes Tiny, right where she wants to be (Molly Baker)

On the day the world was supposed to end, we started out by digging a walking path from the front door of the tiny house through the four feet of snow that had fallen overnight. It was not a tiny task, but one isn’t given an option, when the front door is blocked by a snow bank. We shoveled and heaved, moving mounds of the fresh snow that we would soon be skiing. The ski area parking lot was empty, other than the plow, disappearing behind waves of snow. Trees fallen over the highway to the ski area were blocking traffic. No other skiers would be granted access to the mountain over the next four days. 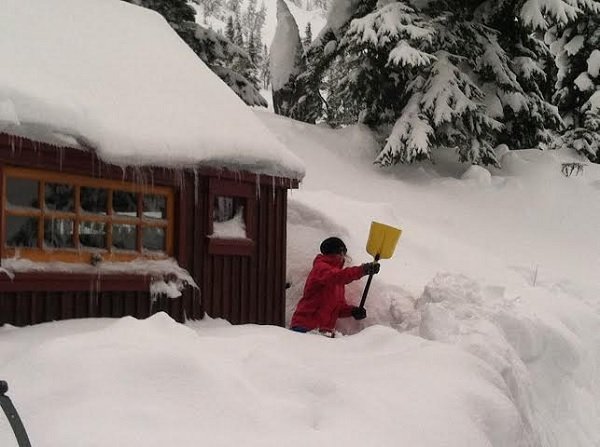 Without our little portable home, we would’ve never been in that spot at that time. The tiny house had put us into position to get stranded. I guess what you’re seeking is also seeking you. We had four private days of skiing in the forest near the Mt. Baker ski area — days skiers spend their whole lives dreaming about! The Department of Transportation eventually removed all of the one hundred plus trees that had fallen over the highway during the apocalyptic storm. Floods of skiers came to the ski area to discover just exactly what they had missed. We knew what they had missed. We had skied it. We reminisced as we planned to excavate the tiny house from what had become a mountain of snow in the parking lot. 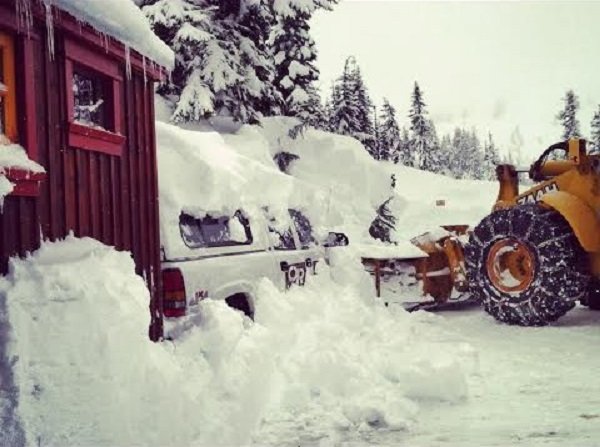 Yes, we all got by with a little help from our friends. A satiating six-pack of beer rewarded a hard-working plow driver, who helped us remove the snow that had piled up outside the house. By the time most skiers arrived, we’d moved the tiny house from its temporary homestead and headed to drier, warmer elevations to celebrate the holiday with family. And to find out that the world had not ended after all. The season had only just begun.

Here’s to another snowy year in the tiny house!

About the Author: Molly Baker