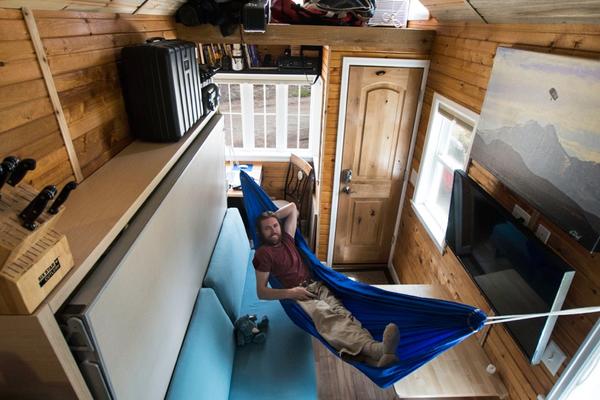 This week we’d like to feature Ryan Hoffmeyer’s unique Tiny House RV, featuring a one story floor plan. Ryan began constructing his Tiny House RV during North Dakota’s 2014 winter season. He was completely isolated in a rural community, building in his neighbor’s garage. That is, until the project literally outgrew the space.

“I built at much as I could knowing I had a 12’ garage door and a 13’ Tiny House RV,” Ryan explains. “It wasn’t long before I had to move outside in the dead of the winter.”

Having strong knowledge of the construction process, Ryan built solo and was able to finish his Tiny House RV in just four months, despite the weather. In May 2015, he moved it to Colorado.

Ryan designed his Tiny House RV to have no loft, high ceilings, and a main floor sleeping space. He accomplished this by installing a murphy bed over a folding couch. The transforming furniture came from Italy and took 3 months to ship. In the meantime, Ryan continued to build.

Ryan can also relax in a hammock with his open floor plan!

Another innovative element in Ryan’s design is that he chose to elevate his kitchen and bathroom floor 15 inches to accommodate a space for mechanical storage. By doing this his batteries, piping, p-traps, fresh and greywater tanks are all located in the insulated area of his trailer. He never has to worry about winterizing his pipes for freezing temperatures.

“Being a DIYer, I could afford to build my house with nice things,” Ryan explains. “If I were to do it all over again, I wouldn’t change a thing.” 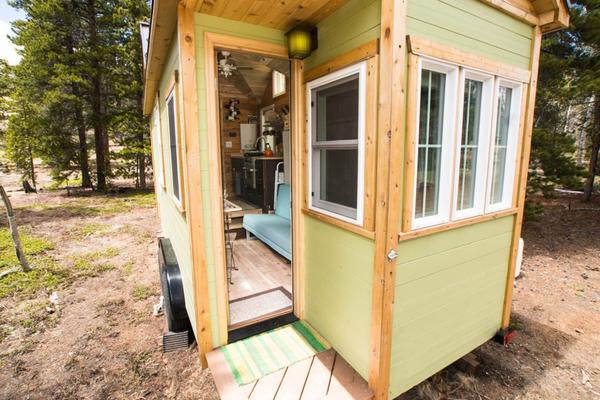 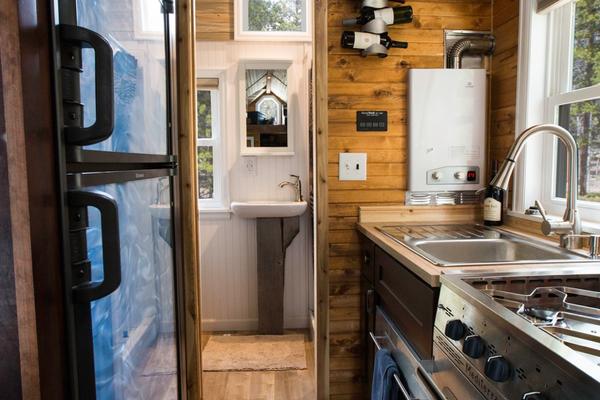 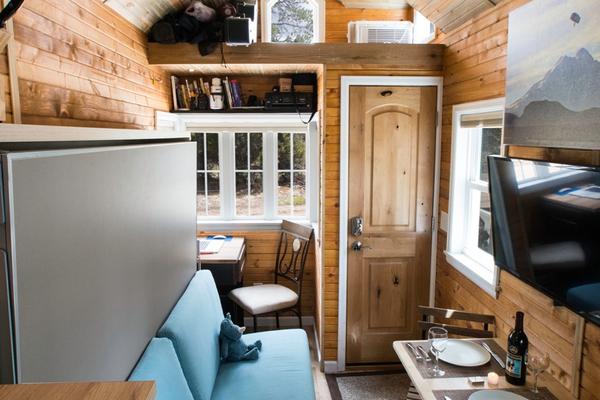 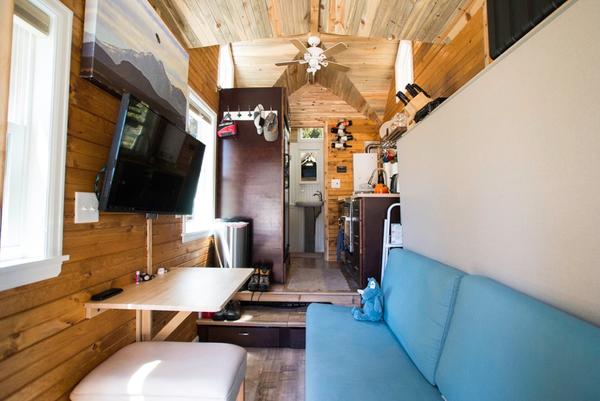 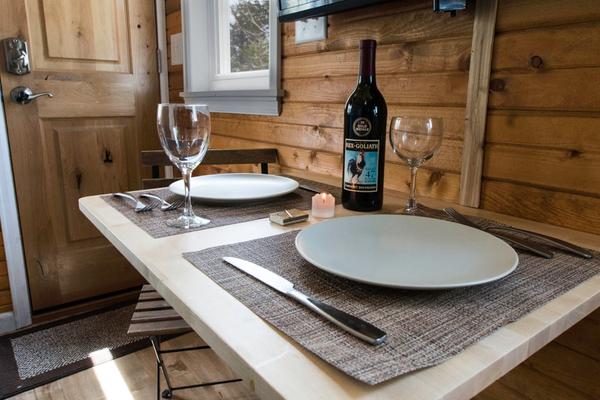 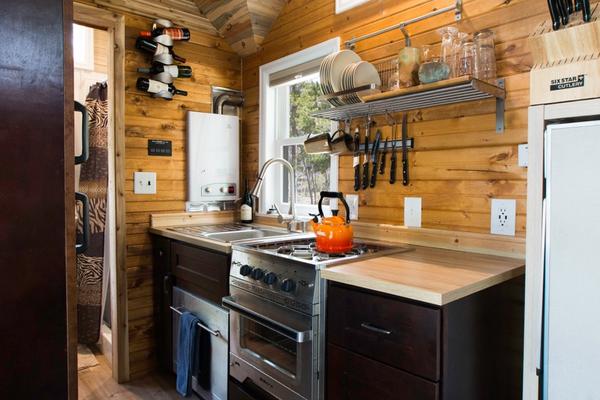 1) Build as much as you are able to yourself. Sleeping in something you built with your own hands is the best feeling ever.
2) Watch youtube videos. Gather ideas, do’s and don’t. Just because it’s tiny, it doesn’t mean you don’t have all the building procedures of a normal home. Framing, plumbing, windows, roofing, siding, electrical, interior finish, etc. It can be overwhelming without the correct knowledge.
3) Take the Tumbleweed workshop. It’s pretty much is a live version of youtube. You get a booklet and step-by-step on every procedure. Plus the room is filled with enthusiasts who are planning to build, or have built, and are sharing about it. I was very impressed with the knowledge of the staff. Tumbleweed trains them properly before they send them off to start to train you. I give it a 10.
*All photos and video provided by Ryan Hoffmeyer
By Jenna Spesard|2020-12-04T12:58:38-07:00June 3rd, 2016|Categories: DIY Tiny House Builders|Tags: Cypress|4 Comments