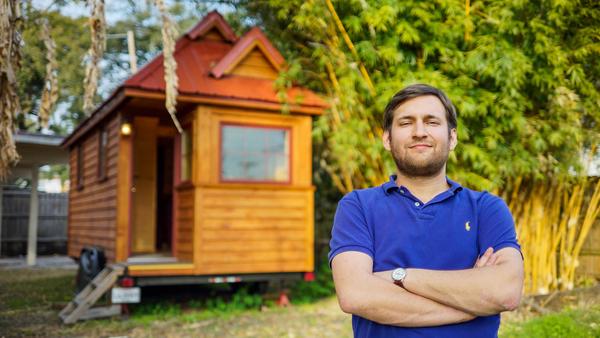 Meet Derek and his backyard Tiny House RV located in the heart of New Orleans!

Derek’s modified Cypress 18 was originally used for a living space close to work, but recently he purchased a big house in town and has parked his tiny abode in the backyard. His Tumbleweed is now used for recreation and occasional overnights.

For Derek, the build was a learning experience and a labor of love. “I would have a hard time parting with it (the tiny house),” he admits. Watch the below video tour where Derek openly shares the mistakes he made during construction and offers tips for future tiny house builders.

A highlight of Derek’s tiny house RV is his transforming couch design. While the couch can act as a comfortable sitting area, it also transforms into a dinning area for four AND a full size bed! 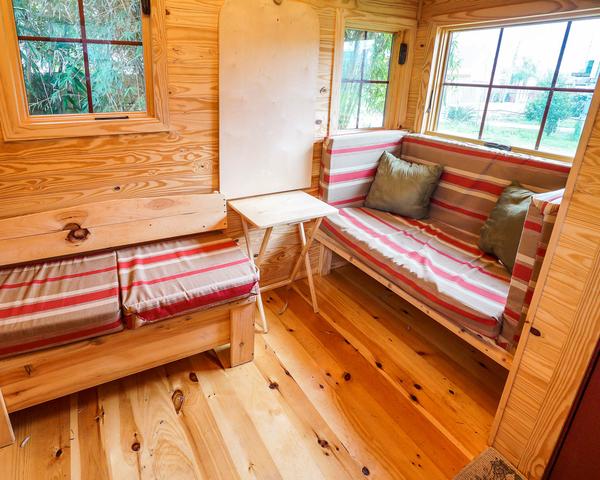 Derek’s inspiration for this design came from the boating world. “And it was pretty simple to make,” he explains. A hidden hinged piece of wood seamlessly latches the couch to the storage bench, creating a downstairs sleep space for two! The back rest of the storage bench in turn becomes the footboard of the bed. Cushions from the bench and couch are rearranged to create the mattress. Every item has two purposes! 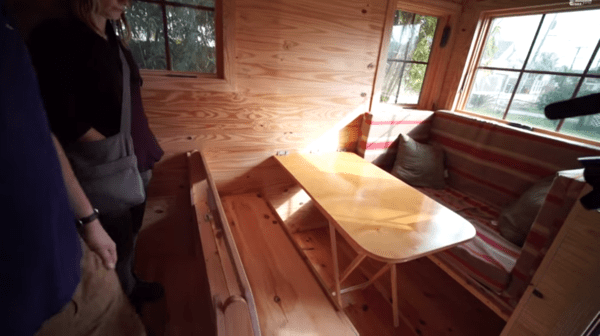 Derek’s transforming couch as a dinning area for four 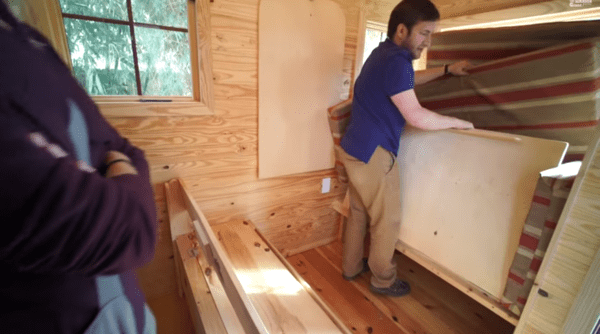 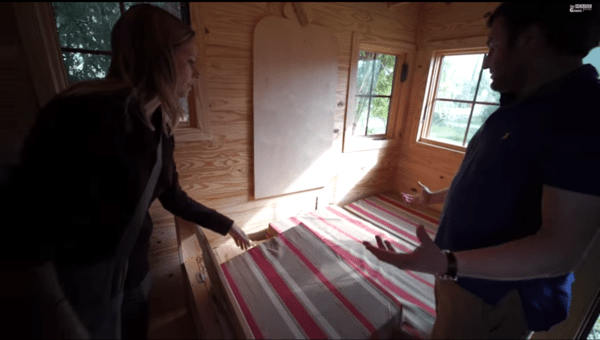 The cushions are used as a mattress for the bed.

As for the exterior, Derek chose to go with traditional cedar siding, red trim and a red metal roof. Other features include a mini-split air conditioner, aluminum clad windows and a loft skylight. 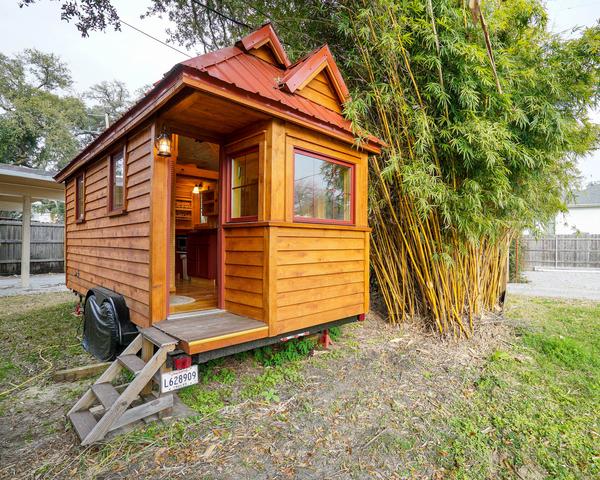 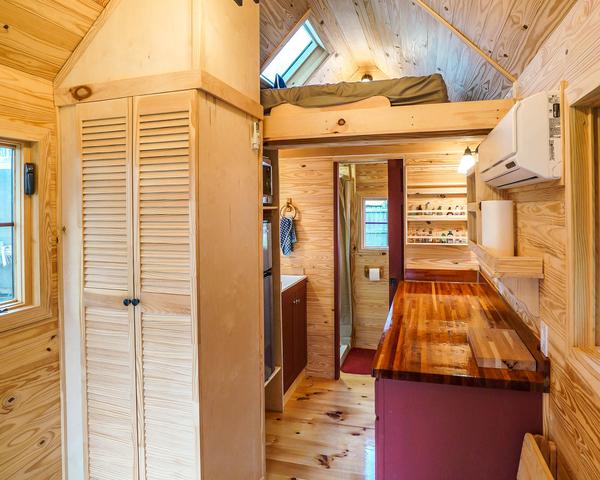 His galley kitchen acts as the centerpiece of the small space with an apartment sized refrigerator, hot plates (that tuck away), toaster over, large farmhouse sink and plenty of counter space!

Derek’s tiny bathroom features a unique alternative to the fiberglass shower stall. He chose to construct his own shower walls from a metal roofing material, creating an industrial aesthetic. His bathroom also features a flush toilet and a pocket door. 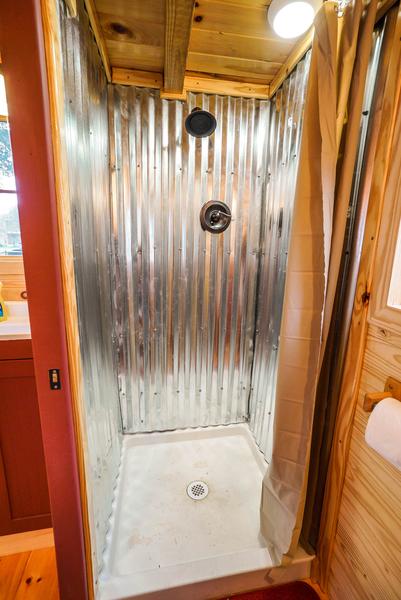 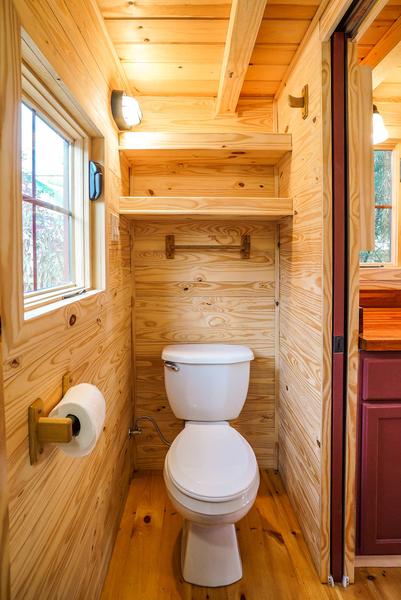 Jenna Spesard is currently traveling around North America in a DIY Tumbleweed Cypress with her partner, Guillaume. They are photographing and writing about their adventure and occasionally they will be hosting Tumbleweed workshops and open houses. Be sure to follow their tiny house and giant journey.