Let’s talk about “tiny house awareness.” Is it woo for hipsters? Is it a mysterious eastern philosophy that must be practiced to “become one with tiny?” Of course it’s not. The moment you thought about tiny house RVs for the first time, was when you earned your awareness badge. Welcome to your newfound enlightenment! Your journey may or may not be complete though, depending on what your wants and needs are. Now that you are aware, have you figured out what the buzz is all about? 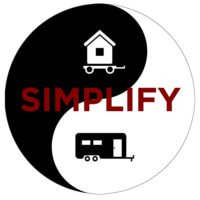 The tiny house on wheels movement has a lot of people up in arms! Enter in, the 21st-century conundrum. There is no arguing that these quirky recreational vehicles are bending minds and warming hearts across the country. What they are also doing is causing some confusion. If you have read discussions about the tiny house movement in the recreational vehicles Internet forums, it is eyed with suspicion and mocked as a silly thing that only hipsters would do. Tumbleweed would argue that tiny house RVs are a light in the darkness. They may not be right for everyone – as each person must take their own journey – but they sure seem right for a lot of people.

The Hipster Myth Is Busted

Skeptics even escalate the conversation in classifying Tiny House RV owners as “hipsters foregoing McMansions.” The name is “Hipsters Preceding McMansions” to you, MagillaGorilla. There is nothing wrong with craft beer and independent coffee shops.  Listening to vinyl, despite the availability of the advanced technologies of MP3, is not wrong. An RV that looks like a house, is amazing – not wrong. This very article and others like it are in defense of hipsters, hippies, goths, greasers, beatniks, gamers, yuppies, surfers, jocks, banker bros and tiny house RV owners.

Hipsters don’t spend too much time allowing someone else to dictate to them what constitutes a good thing or silly fad. The devil is in the details, and whether you choose to go tiny house RV or go conventional RV, the process inescapably simmers down to comparing two things; what you want out of life and what your needs are.

Tiny house RVs and their accommodations don’t make sense to most conventional RVers, for merely two reasons. Reason #1 is that they are heavier to tow, and reason #2 is that they look like a house. Most travel trailers weigh less and are moved around more efficiently than a tiny house RV. Tiny houses on wheels can easily weigh up to 12,000 lbs. That is the perceived flaw facing all tiny house RV owners.

Is being a heavyweight an actual flaw or could it be as simple as having a different nature? A timber frame built RV will be more substantial than a conventional RV. And because of that, it will be unavoidably heavy. That’s not a flaw. Tiny house RVs have been towed around as frequently as conventional RVs. You can read many blogs about people who have done just that.


In Defense of Hipsters

MagillaGorilla doesn’t give the hipsters a break. He asks his RV forum peers why the tiny house movement believes they were the ones that invented the wheel in tiny house living. Then he suggests original ownership of the terminology “tiny house” actually belongs to conventional RVs. You might wonder where people got the idea they could live in their RV. RVs weren’t intended for full-time living, but that’s what people ended up doing with them. Ask a hipster if MagillaGorilla is a bit of a conundrum himself.

“Aren’t the RVs that we own ‘Tiny Houses’?” – MagillaGorilla

No. Sorry, MagillaGorilla. Your 2005 Holiday Rambler Admiral 37′ Gasser is not a tiny house. It’s just a run of the mill RV.

The Next Wave of This Movement Has Legs 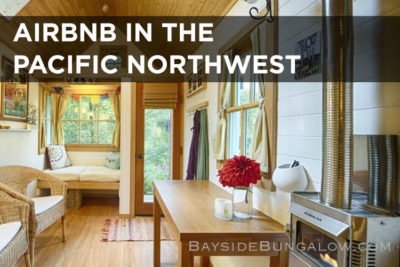 Let’s clarify some things. For almost 30 years, this so-called tiny house movement “fad” has been building momentum. It involves simplifying your life by shedding the excess. That’s it. It’s one part philosophical and one part pragmatic. It’s not a movement that any conventional RVers should feel threatened over. Also worth noting, is the swell in the next wave of this “fad.” The buyers aren’t hipsters, and their identities might surprise you.

It’s not just the hipsters preceding McMansions that going tiny. The next wave is family people with children. They are professionals, and they may or may not also have a McMansion. They may have a ranch style single family home in the suburbs, and they have decided to make room for a tiny house RV in their lives. Mom and Dad might both work, or not. They are smart people raising good kids that will also grow up to be hard working contributors to society. If they go tiny, they park it in the scenic, relaxing locations closer to their home. That makes it easy to oversee and also make use of it for quick weekend getaways.

MagillaGorilla should name-call the tiny house movement; the “full-time RV living is not required” wave. They diversify. They will use it as a revenue-generating asset while they aren’t using it for their vacations. The next wave is looking at going tiny like they would a juicy steak on their menu. Or ahi ceviche served in lustrously polished mussel shells paired with a glass of red wine and artisan breadsticks. Going tiny is about living life well.

If you are interesting in going tiny, but all your friends are calling you crazy – let Justin Hall debunk some myths for you.

A friend of Tumbleweed: Shawna Renée

Creative Services & Marketing professional
Loves tiny houses and the social impact they bring to the table.

**Opinions are my own

Connect with Shawna on LinkedIn…