Some projects take longer than expected, and this is often the case with Tiny House construction. Many people do not realize that building a Tumbleweed requires all of the skills of building a regular home, but with added limitations on space and weight. Construction timelines can drag on for years, especially for inexperienced carpenters. That’s why our hat is off to Jonathon Stalls who is about to finish his Tumbleweed Tiny House shell. It has been a long road, but the end is in sight! 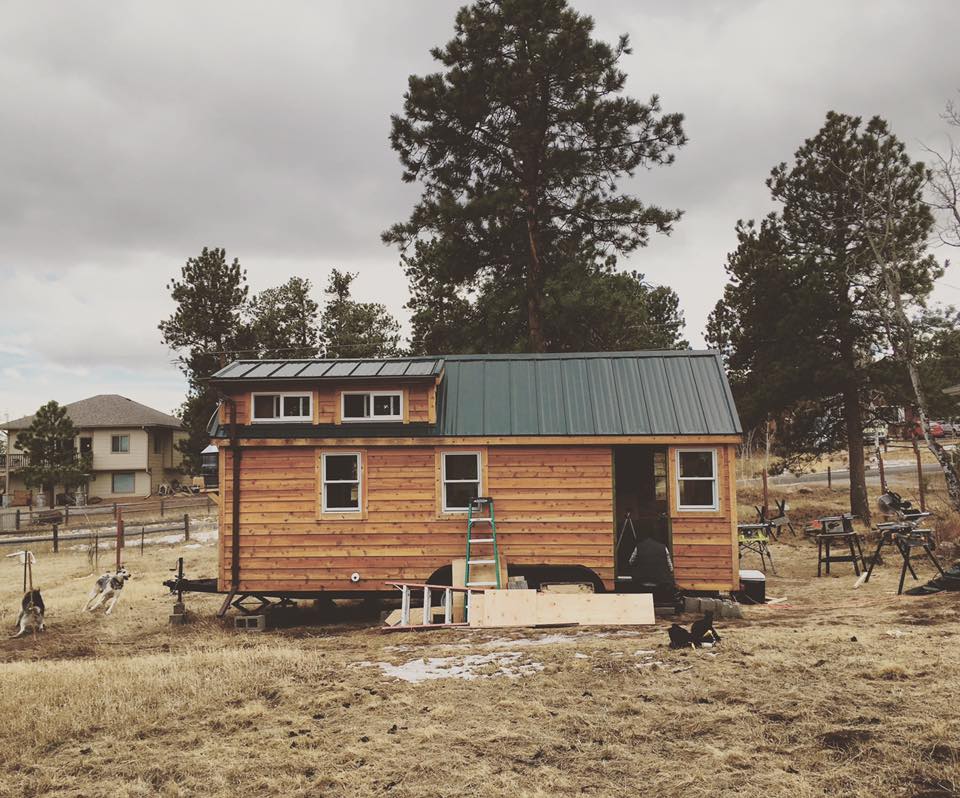 A few years ago, Jonathon Stalls purchased a Tiny House shell with the goal of finishing it on his own. He had no construction experience, and his parking location was more than an hour drive from his house in Denver, Colorado. The odds were against him. But this wasn’t the first time Jonathon met a challenge head on. In 2010, he walked across America in 8.5 months to test his “daily activities, expectations, and priorities.” He is a man who, quite literally, will not take the easy road.

“The simplicity and gratification that comes from a hard day’s work has made it all worth the time.” – Jonathon Stalls 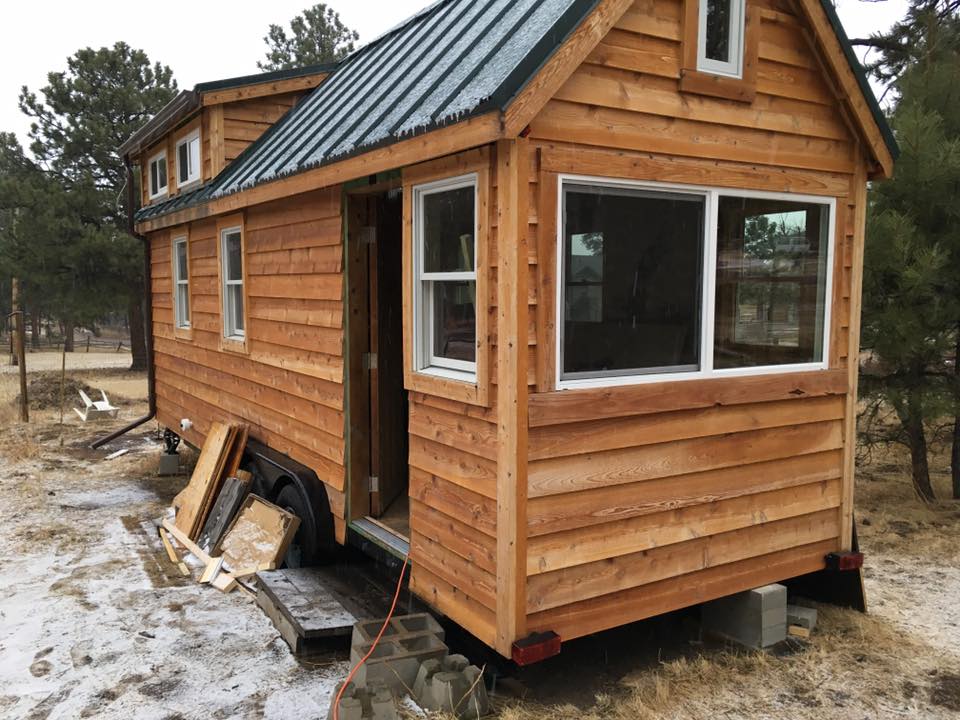 Several friends and experienced Tiny Housers have lent a hand on the construction of Jonathon’s Tiny House shell. Ryan McCue has been helping with some of the more technical aspects. Jonathon has learned a lot from the process, and he is very grateful for the help he has received. 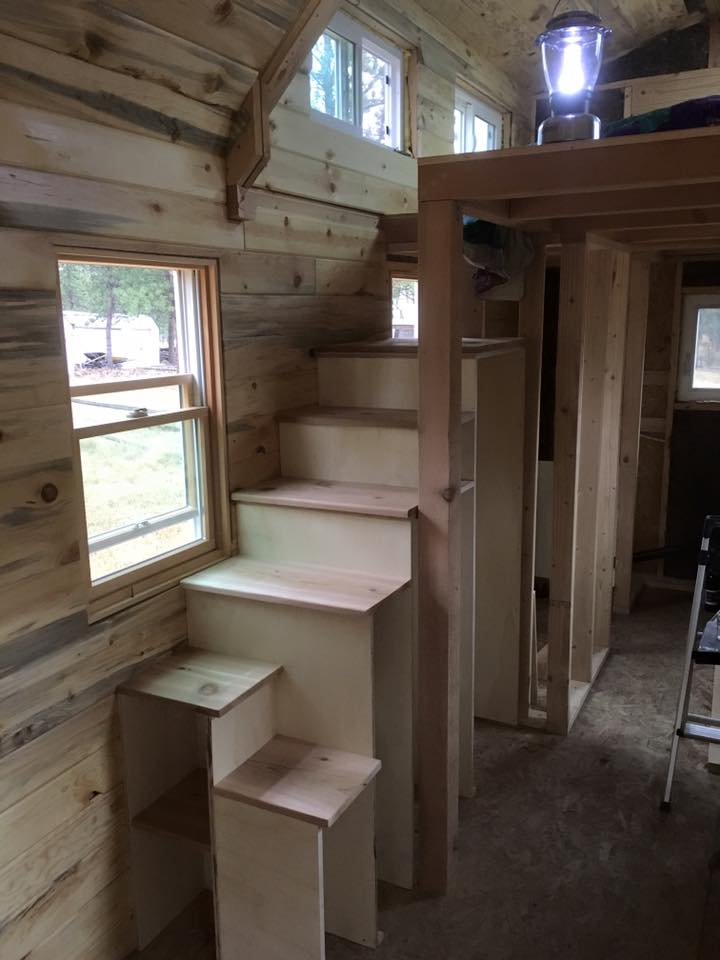 “I am still very happy that I went with the Tiny House Shell,” Jonathon explains. “As someone who had zero construction experience, it would have taken me years to just get through the framing.“ 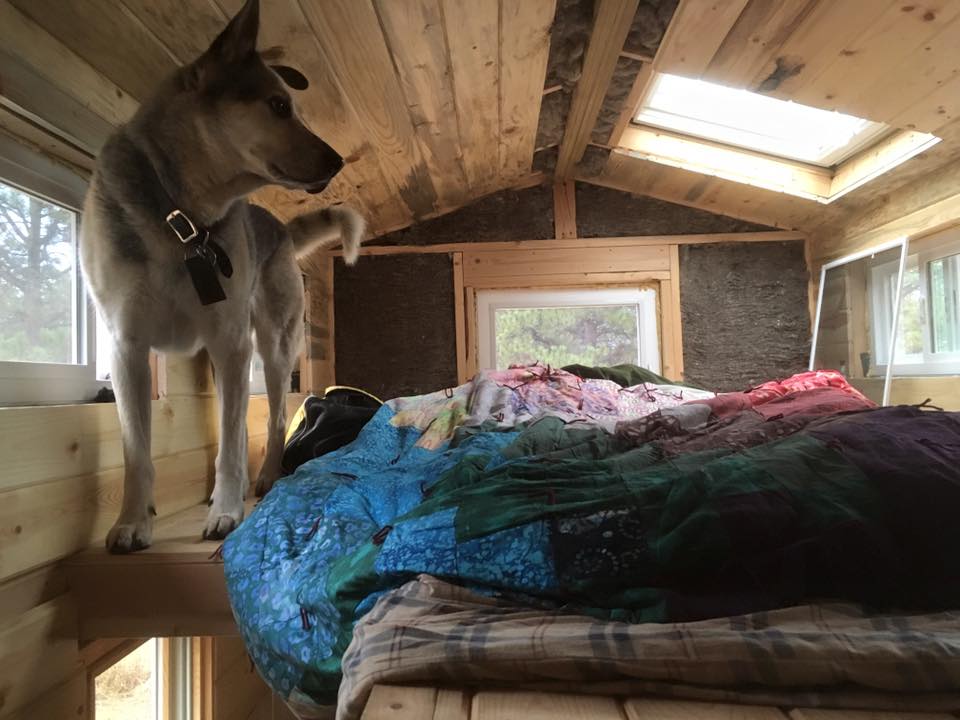 The projects that remain on Jonathon’s Tiny House Shell include installing the flooring, wood stove, and some siding. He hopes to be finished by the end of the summer. One of his favorite parts is the custom staircase, which allows his large dog to join him in the loft. Jonathon has spent several nights in his Tiny, during long construction weekends.

“I am so happy when I am there.” – Jonathon, speaking about his Tumbleweed 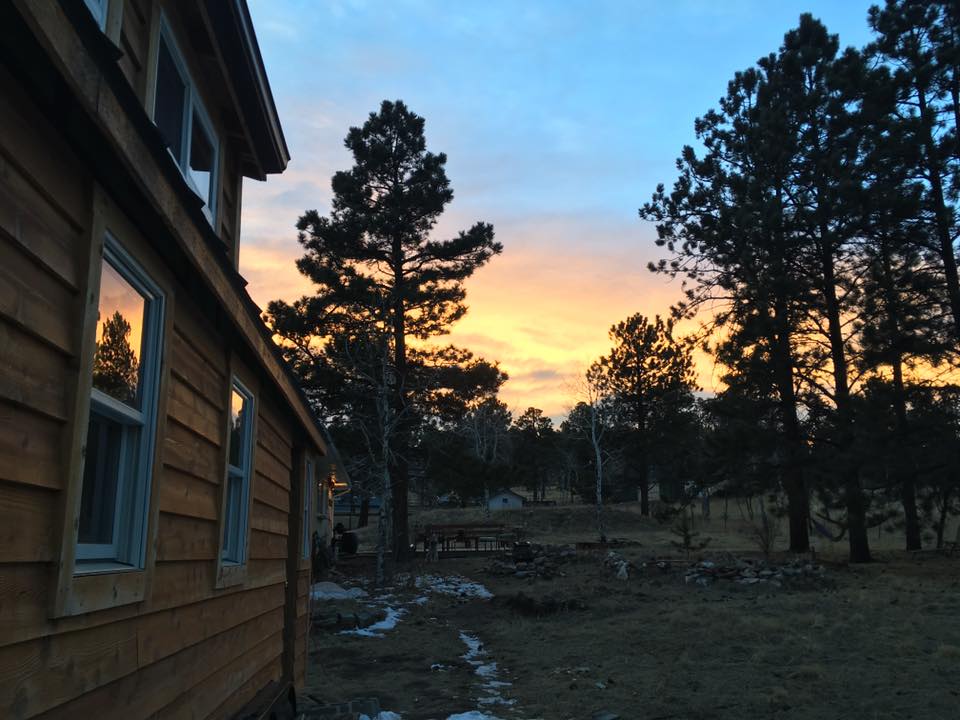 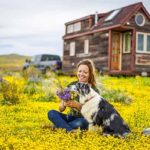 built a Tumbleweed in 2014 and traveled with it for one year, clocking over 25,000 miles. She writes about the Tiny House Movement and travel on her blog:  “Tiny House Giant Journey.”