When extreme skiers Molly Baker and Zack Giffin set out to
pitch their idea for a ski tour to their sponsor, Outdoor Research,
Tumbleweed’s Epu provided the inspiration to bring people something that no one
had ever seen before. Armed with Zack’s background in carpentry, a love for
skiing and Tumbleweed’s website, Zack and Molly created a tiny home with
everything their team of FIVE athletes and cameramen would need. What followed
became an epic adventure, and a public reaction, to the tiny home on wheels that
was something nobody expected. 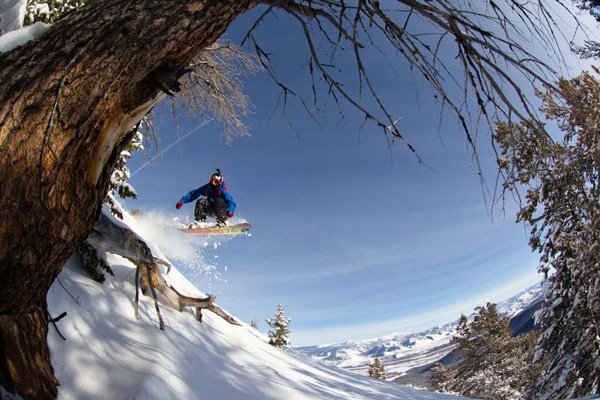 Neal Provo on the slopes. Photo by Mark Fisher.

Tumbleweed recently had the opportunity to talk to both Zack
and Molly about their tiny home adventure during the 2012-2013 ski season, and
one of the first things we wanted to know was how people reacted to it. Zack explained that when they came in to Silverton, CO,
they had multiple invitations for places to park their tiny home. “The whole
community, they just got it and loved it.” The crew would go out for a day of
skiing and were amazed to come back and find gifts and firewood left on their
doorstep.  “We take it in to the
community and it’s like a magnet. The kids understand it. The grandparents
understand it.” Molly tells us, “Bring a tiny house in to the community and
people are almost automatically your friends. They feel like they are part of
something.”  The sense she got from the
people she met was, “‘Thank you for sharing this piece of art.’ There is an
emotional connection.” 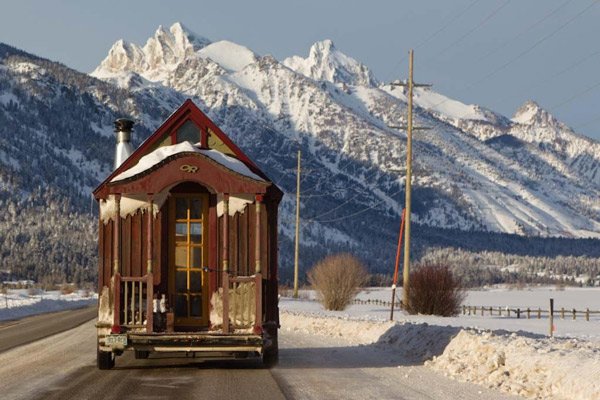 When challenging norms, not everyone is going to agree. Zack
says that, although people’s reactions were overwhelmingly positive, there were
a few exceptions. “People either get it or they don’t, and they don’t
understand why. We show up and we have a completely different mentality.

[To
those people] we are an affront to their values.” Molly tells us of a police
officer who came upon their house parked along a street. “I don’t know what is
wrong with this, but something is.” She tried to explain that it was like a
cabin on wheels but he just couldn’t get it. A few people thought it was
Santa’s workshop and, a few others, a coffee cart. “It was so surprising to see people’s reactions. Their imaginations of what we we’re doing exceeded what we expected.”

When pitching the idea of this ski tour to Outdoor Research,
the team used Tumbleweed’s Epu in their presentation, along with a more
standard tour modeled on the use of an RV.
Molly said the RV“[was] not going to connect with people. There was no
question they trusted that this was the only option.” Zack, on the other hand,
said he was “almost dead certain they wouldn’t go for it and, to my surprise
they did.” He was impressed with the company’s ability to see the value in it.
“Not every company would say yes to this project.”

Once given the go ahead, Zack and Molly had seven weeks to
build the house and plan the tour. The work and the hours put in by both were
daunting, but Molly tells us “We were certainly dreaming big, but it’s amazing what you can create with grand ideas and purposeful intentions.” To make matters more interesting a
tree fell on the house in the early part of the build and a freak cold snap
filled the home with snow. Molly faced the challenge of trying to explain how
they were traveling when calling to ask permission to stay in parking lots. If
they didn’t understand she’d ask, “Have you heard of Tumbleweed?” and direct
them to the website. “Then you drop the tiny house on them!” Looking back she
says “Every time we pulled in I sensed that we had exceeded expectations.”

The interior of the home was customized to meet the needs of
the team of five skiers and cameramen as well as all of their gear. Two ropes connected
by wooden dowels swung down between the ceiling and the wall above the wood
stove to separate the gear, and dry it after a day in the snow. 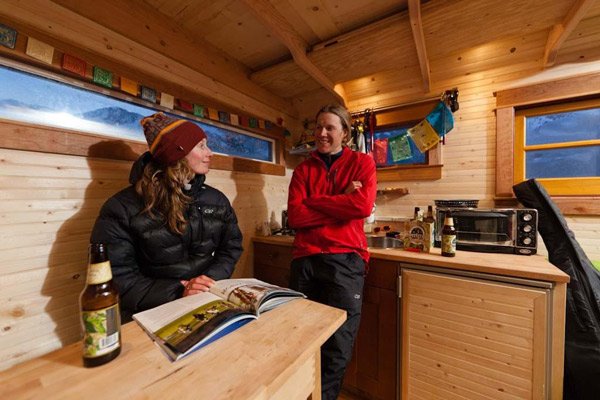 Zack & Molly in their tiny house. Photo by Mark Fisher.

Given the drying clothes and the occupation of the small
house by five adults engaged in vigorous physical activity, it is surprising
that people’s first reaction upon entering this tiny space was often “Oh my
God! It smells amazing in here!” Zack credits three things for the unexpected
reaction – 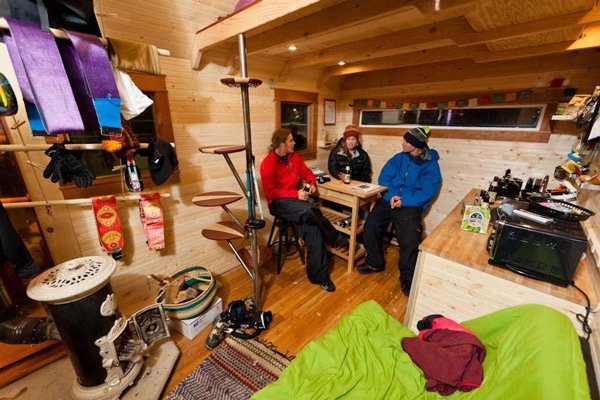 Spiral staircase leads up to loft. Photo by Mark Fisher.

Attention to detail in a small space is critical. The
staircase (pictured above) in Zack and Molly’s tiny home is an excellent example. They wanted to
keep the space open for conversation, but placing a ladder up against the wall
would run a person straight up in to the pitch of the roof. In order to avoid
that problem, Zack along with his friend Paul, a talented woodworker, created
the staircase you see in the photos. It allows the space to stay open and still
allows a person climbing up to bed to find themselves centrally located in the
loft. That is not the only aspect of this staircase that makes them unique. If
one looks carefully, the stairs, the brackets holding the stairs and the angles
of the brackets all conform to the golden ratio revered by both architects and
artists for centuries. Each stair, bracket and angle differs from the previous
one at a ratio of 1:6. Attention to detail at its finest.

When asked about their favorite moments with their tiny
home, Molly laughs and recalls the first time she saw the house pulled on to
the street. “From the back you can’t see the truck so you just see this house
going down the street. I was crying I was laughing so hard.” She also recalls
an evening more recently at the Banff Film Festival when 16 friends gathered in
their tiny home, including a friend in a wheelchair. “People were sitting on
the stairs, the couch… everywhere. It was wonderful.”

Zack says it’s “when people talk about being inspired by
what we’ve done, when they connect the dots and see the possibilities of an
adventure of their own.”

In their video (featured at the top of this post) Molly
sums up their experience eloquently – “Living in the tiny house we learned that
it’s so much more than a house, so much more than a powder crazed ski mobile.
It’s a way to spark conversations, make new friends and be at home wherever you
go. It serves as proof that ideas can become reality even if you are afraid of
what they might turn in to.”

Molly, Zack and their team leave on another ski tour in their tiny home on December 1st of 2012. If you are in
the mountains of the western United
States this winter, keep an eye out for
them! 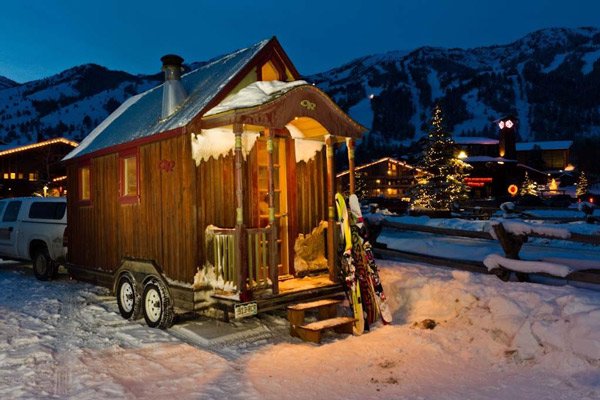