Tiny House On Wheels Or Foundation? 6 Things to Consider

With the housing market crash came the solution of tiny homes. Two options available are a tiny house on wheels or foundation. If you are thinking of downsizing and going tiny, what might be the best route for you? Housing costs were unstable, and as folks moved toward cities to find jobs during the recession, housing became limited. This crash forced many to turn to alternative housing ideas into an effort to afford a space near to their employment. Supply and demand in these flourishing towns became unbalanced, and so tiny home popularity grew.

When the economy stabilized, a generation came about who placed the value on experience over ‘stuff,’ so the tiny house boom continued to flourish and it has continued to increase over 900% in the last decade. People from young college students to retirees are seeking THOWs (Tiny House on Wheels), ADUs (Accessory Dwelling Units), and park models as alternative ways to save money on housing, adopt a more minimalist approach, and put their energy into making memories over hoarding collections of tangible items they may never use.

When you are considering everything from remodeled school buses, houses on wheels, and all forms of park model permanent foundation tiny homes, it can become overwhelming. Here are six things you should consider when deciding which tiny house is right for you.

On Wheels or Foundation

Since tiny houses are only currently legal in a few states and municipalities, having a place to park is crucial. If you are RV or RVIA certified, you can look into RV camping lots, campgrounds, national or state parks, or other mobile home friendly locales. However, since many tiny dwellers are looking for solace, peace, and adventure, we recommend seeking out agricultural land or tiny house communities – which are growing in popularity across the country.

Having a safe and legal place to park your tiny home should be a priority, so you don’t build your dream tiny only to discover you have nowhere to put it. Choosing a stationary tiny could be a solution to this issue as ADUs are legal in several large cities, such as Austin, Texas – where rent for apartments smaller than 500 square feet can average above $1500 per month. If parking is scarce for you, then a stationary tiny might be a better option.

When designing a safe THOW, companies like Tumbleweed Tiny House Company will consider the length of your trailer, distribution of weight, how many axels are necessary to pull the weight you plan to build, and much more. You will then need to consider every material you use to develop the build; from the frame to the exterior siding, to insulation and appliances. All of these will add to the weight you’d be towing in a THOW. 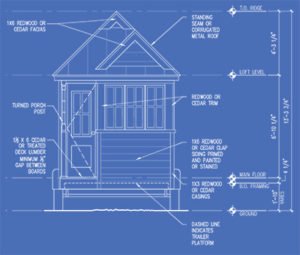 If your needs are more consistent with residential sized appliances and main floor living and sleeping space, an ADU probably better fits your needs. The slightly larger floorplans an ADU offers allows for more customizable options, with the only change being they are built on a foundation and not wheels. If an apartment sized fridge or opting out of a washer/dryer combo doesn’t scare you, then the weight of a THOW is no match for you! You should be roadworthy in a matter of months.

The term “tiny house” is relative. Many people define tiny houses as anything under 400 square feet, while others assume 100 square feet per person living in the home. You need to determine how many square feet you will need for whoever will be staying with you.

When you are making this decision, be sure to include pets, visitors, as well as whether or not you plan to build a sleeping loft. These things will all be crucial in choosing the right tiny for you.

It is a good rule of thumb to stick as close to a 20 to 26-foot trailer as possible if you plan to move your tiny often. If you need a larger home than those dimensions would accommodate, you may want to consider a park model, granny flat, or another form of ADU over a THOW.

When considering whether or not you build your THOW, you should also have a truck capable of pulling your tiny home’s weight. Before that, you should decide if you feel comfortable safely towing something so substantial.

When pulling a trailer that is 20-40ft in length with 12,000-18,000 pounds of a house on top, things are more likely to get damaged in transport. Additionally, you cannot just pull into a regular gas station for a fill up on the road. It would be best if you considered the additional fuel expense, time for travel, and maneuverability when towing a home.

If you are uncomfortable with the requirements of pulling a THOW, you can hire a professional moving company whenever you want to be on the move. Alternatively, you can opt for a park model build or another form of ADU. A park model will still be a smaller house, but it will remain parked in one location.

The department of transportation holds to strict guidelines for towing a home or RV. A tiny house on wheels cannot be more than 13.5 ft high and must be no wider than 8.3 ft. If you require a larger space, you can build a park model and have it towed to your location for you by a professional. These are one time charges that are affordable and worth it for reliable transportation for your park model.

Life on the road almost requires flexible employment, retirement, or the ability to work remotely. Unless you have built up savings that allows you to live on the road for a determined amount of time, flexibility is a must-have. The THOW lifestyle is incredible, but you want to ensure a steady income stream to take care of things like a blown tire or other road trip emergencies.

Parking full time allows you to work a traditional 9-5 job and allows you the financial freedom of extra income since your mortgage will be far below the national average and your commute will likely be much shorter since ADUs will enable you to legally build in the backyard of an already existing city home. 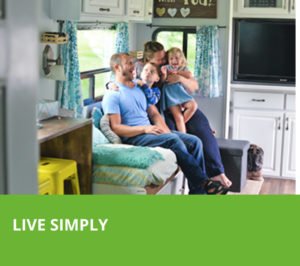 Deciding to downsize and go tiny is a big decision. Be sure you do your research and check all angles before you choose which tiny house option is right for you. Tumbleweed Tiny House Company offers both small foundation cottage plans, as well as RVIA, certified Tiny House RVs. They can cover every tiny size house you could ever want. Call them today! During a FREE phone consultation, Tumbleweed can help you better decide what size and style are right for you. 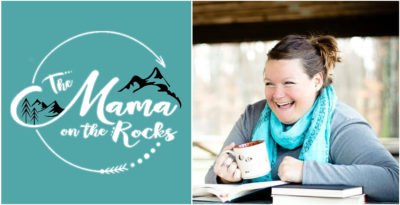 The Mama on The Rocks is a popular blog among parents, independent women, minimalists, tiny house dwellers, and super rad Roadschoolers.